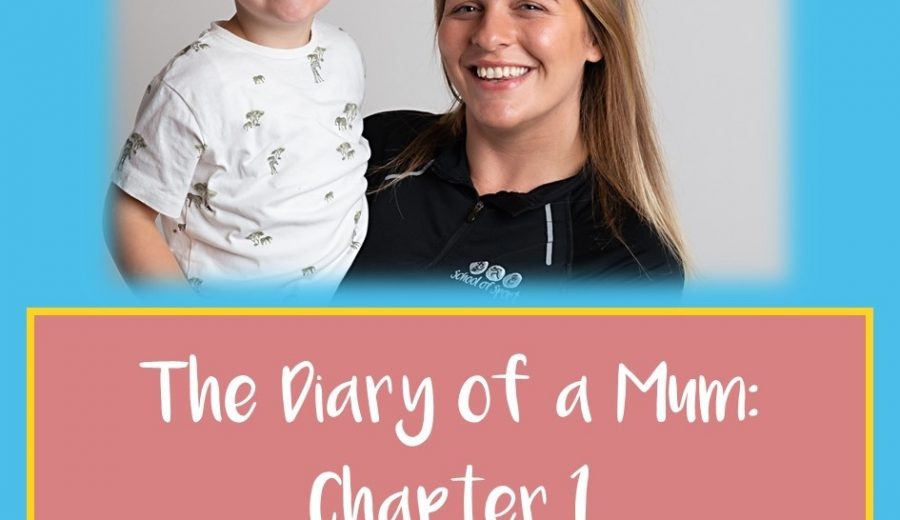 The good, The challenging, The AMAZING.

Growing up, all I ever wanted to be was a mum. I don’t know why, maybe seeing my mum and Babcia (grandma) do such a fantastic job made me think I would just naturally fit into the role. When I fell pregnant, I was 24, had a reasonable job, and my husband had a reliable, stable career. It was the PERFECT set up, everybody was so excited and told us how fantastic it was going to be and they weren’t wrong Jaxx is the best thing that happened to us and I wouldn’t change him for the world. HOWEVER, they forgot to mention all the nitty-gritty information that nobody warns you about, not even your nearest and dearest, not the midwife, no online blogs or books; you enter motherhood thinking it will be calming strolls, bedtime stories, movie nights and lots of cuddles. This is true, to an extent.

Newborn days were great. I had helpers left, right and centre. Jaxx napped a lot which meant I could get some rest in and you are in this perfect bubble that you don’t want to burst. Fast forward to your child walking (which in my case was 14 months) you don’t get a SECOND, not one and it’s as though they decide to walk and get rid of their daytime naps at the exact same time this is when exhaustion hit me and it hit hard. He was such a boy, into everything! He wanted to climb everything and anything, dragged food off my plate and everybody else’s around him, loved puddles, loved the mud and couldn’t stand any of the activities I’d pictured us doing together.

“He has so much character” was what I heard most of the time, which he did and still does and I didn’t / don’t want it any other way. Still, it comes with its challenges and a lot of them. I found I would apologies for him quite a lot and then later question why I bothered; he was a baby finding his feet and just wanted to explore all this fantastic stuff he hadn’t seen before. So eventually I stopped apologising and started laughing. He wasn’t hurting or upsetting anybody, so what if he wanted to sing at the top of his voice in the shopping trolley or throw his dinner plate on the floor when he had finished (it was plastic luckily). He was learning and exploring in a strange kind of way.

Terrible 2’s…I don’t know why we call it this because it starts at about 18 months and I think I am still riding it out now; he is four and a half. My opinion is that it is a mixture of every possible emotion flooding out of this tiny human all at once, they’ve not figured out communication just yet or how to control their emotions which means their idea of communication can be, on average, 5 minutes of any of the following: he can hit out, throw himself, scream at an unbelievable volume, throw things. If he thinks it will cause destruction or get a reaction, he will do it. Have I learnt ways to handle this? ABSOLUTELY not, but I have learnt a few things:

These tantrums are quite rare and they seem to get less frequent once they start in school/nursery/childminder as their mind is being stimulated constantly so when they get home, they don’t have the energy. All the above has been worth every second for those amazing moments; nothing on this earth is better than your child approaching you for a cuddle or telling you they love you. Nothing will make you laugh more than the questions you get asked off your child or the conversations you hear them have with other people, which may I add are usually totally inappropriate, it’s hard not to laugh. I do also cringe. My all-time favourite has to be when we were sat in a waiting room and he asked the lovely gentleman sat near us if he had testicles, I don’t think I have ever seen a grown man go so red in my entire life.

Every night I tuck him in bed and do a little sigh and for a split second think ‘yes me time’ but after about 5 minutes I sit and think about it and I realise that ‘me’ time is time with him and I enjoy that much more than binge-watching a Netflix series or scrolling through social media. He is my little human and although the challenges are probably going to get more challenging, I know one thing for sure, being a parent is AMAZING, and nothing will ever change that feeling.

The Diary of a Mum: Meditation, Therapy and Mental Health (Chapter 3)

The Diary of Mum: Being a Working Mum (Chapter 2)

Get all latest content delivered to your email a few times a month. Updates and news about all categories will send to you.
Copyright © 2021, School Of Play. All Rights Reserved.
Close Menu